Is the Asphalt to Blame? 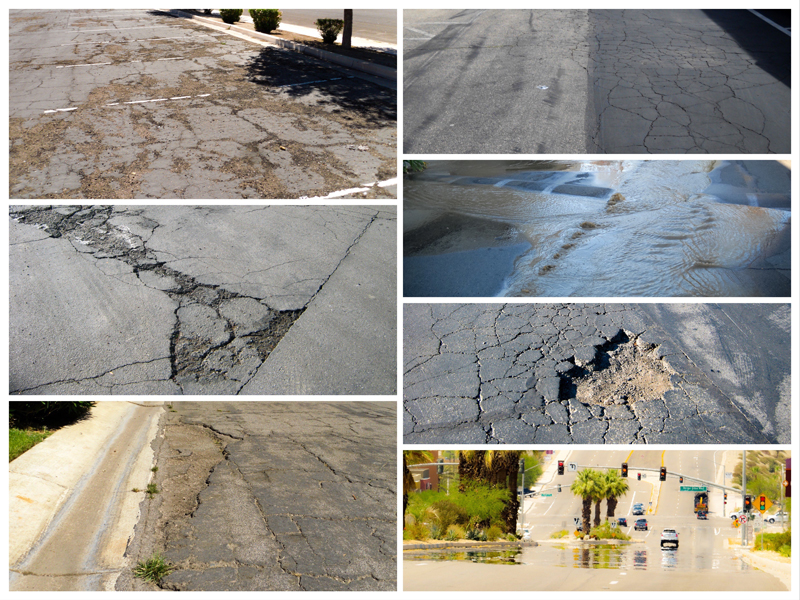 We have high expectations when it comes to the life of our asphalt pavement. It is almost always the most expensive asset to replace. The Reserve Study often states this major common area component has a 25-year lifespan, prompting us to ask “what happened?” when asphalt does not live up to this expectation. Is the quality of the asphalt to blame? While in rare instances there can be issues with the asphalt mix itself, the cause of failure usually lies elsewhere. So, if the asphalt itself is not to blame, what is the cause of the failure?

Let’s start by realizing that asphalt is designed to have a useful life. Over time there will be wear and deterioration. All pavement surfaces eventually wear out and require replacement; the goal is to allow for the pavement to wear out on time and not fail prematurely. There are multiple possible reasons why asphalt pavement fails prematurely, some of the most common causes are:

This is not an all-inclusive list, but each of these factors can play a role in premature asphalt failure. Remember that all pavement will eventually wear out; premature failure is when it wears out earlier than anticipated. Now is a good time to work with your asphalt professional to be sure you are getting the best performance possible out of your asphalt.

Want to learn more about this topic and paving in general? AMS Paving is proud to offer educational opportunities for you and your team. Our course Asphalt Maintenance, Realistic Expectations is approved by Community Association Managers International Certification Board (CAMICB) to fulfill continuing education requirements for the CMCA® certification.

Contact Bevan at bevan@amspaving.com today to schedule a lunch-and-learn for your office.